The founding in 1991 was set up by Dr. Paul Mulkens, in that time ENT specialist in Assen, capital of the province of Drenthe. 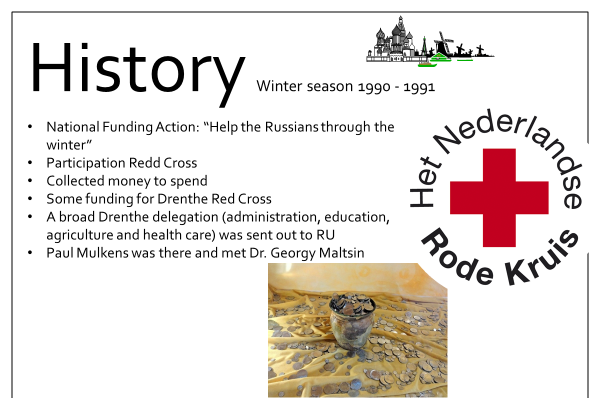 It  started in 1990 via the Red Cross of the Province of Drenthe. The recent collapse of the Iron Curtain resulted in many uncertainties in Russia. In the Netherlands in the winter 1990-1991 a Solidarity Funding TV Program “Help the Russians through their winter”, was supported and adopted by the Red Cross. In May 1991, with a pocket of money, a delegation of a variety of professionals from Drenthe left for Russia. Dr Mulkens was asked to be the medical representative.

Out of a newspaper article in 2016 the following quote: “Mulkens’ involvement actually was a coincidence. For the 1991 delegation to Russia a medical person was looked for and right in that time he was chairing the Medical Specialist Staffs Union in Drenthe. After he was approached  he regarded it as a great opportunity to have a look in someone else’s kitchen. Colleagues who were for so long hidden behind that iron curtain. It is good to learn and live the experiences of others”.So on invitation he visited by chance Moscow city and Moscow province as well and met a lot of Russian colleagues. 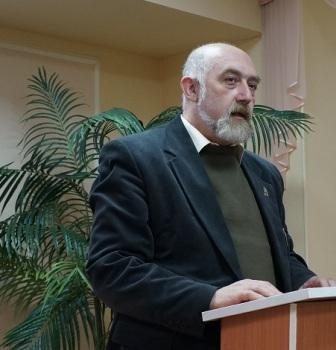 Among these colleagues Mulkens met Dr. Georgy Maltsin, health care counsellor of  Moscow Oblast (Province) who became the founder and first partner in DEMMA business from Russian side, in close presence of  Dr. Irina Lapina, head of policlinic no.V in Mytischy.

*Founding day (30th. of May 1991) at the top floor hotel Rossia with handing over the Dutch flag 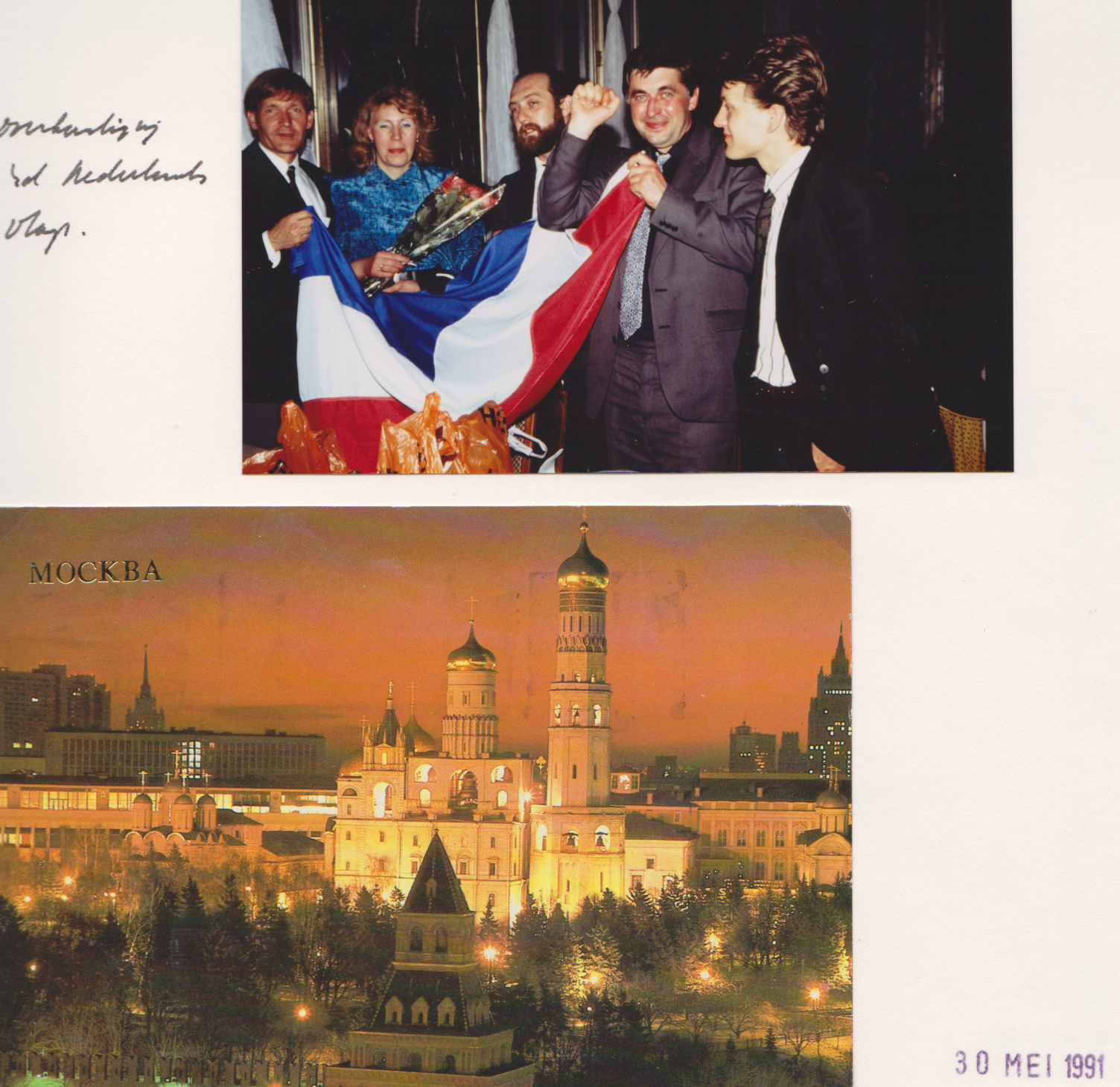 The official foundation was raised afterwards in 1996 (see page: Statutes).Agreements of Collaborationwere signed and reconfirmed in 1995, 1997 and lastly in 2009. By now DEMMA still is run by volunteers. Six people with different back grounds in the board: a General Practitioner, three medical specialists and a teacher with a Russian tongue. The sixth officer is the permanent representative of the DEMMA Committee of Recommendation. 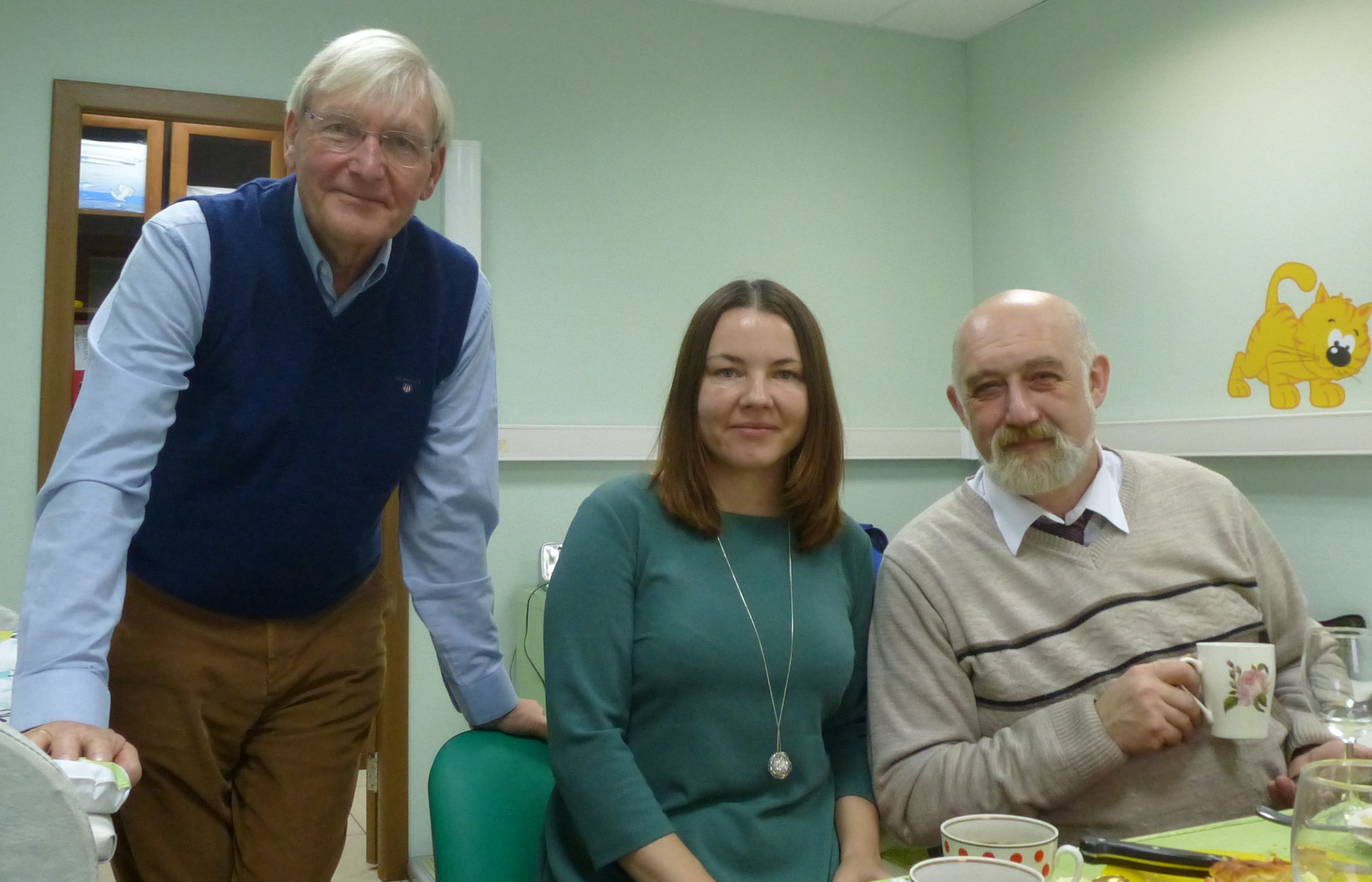 The two founders together during a Mytischi working visit december 2017. In between Dr. Natalya Lapina, daughter of cofounder Irina Lapina. 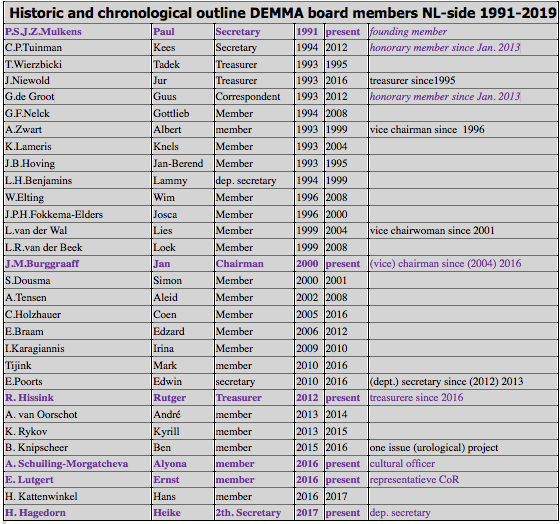