MEMBERS of the DEMMA-M GROUP are:

Mytishchy is situated North East of the Russian Capital Moscow, just outside the Outer ring. Moscow city and Moscow Oblast have 16 million Inhabitants. It takes approximately 30 minutes from Mytischchy to the Red Square in Moscow. Mytishchy Region has an acreage compared to the province of Drenthe. Mytishchy itself has 200.000 inhabitants in comparison with Groningen with 170.000 inhabitants The city hosts a University and a variety of industries. Renown is the railway carriage factory where all carriages are manufactured for the entire Moscow Underground Network The Region is well known for her vast forested areas with plenty of lakes and streams. For that reason one will find many Datchas (Country Houses) for the Muscovites to spend their weekends and holidays. The Former Dutch Ambassador in Russia, Baron de Vos van Steenwijk -who was a member of DEMMA Committee of Recommendation-owned such Datcha in the Region. Mytishchy Region is Drinking Water supplier for Moscow city since historical times, hence the aqueduct depicted in the coat of arms of Mytishchy. Mytishchy is rapidly developing into a modern city. In recent years complete new blocs of living areas have been erected, as well as a new railway station with fast train connection with Moscow, an ice hockey stadium, new shopping centers and cultural and medical buildings. Health Services are focused in a large Regional Hospital with 1100 beds and various Policlinicas spread over the city and region. Policlinica’s can be regarded as very big group practices of General Practitioners with a single management. The municipal and federal policlinicas with sub-specialized GP’s may be a model for the Dutch health system.

Brief history of Mytishchy Clinical City Hospital: from 1879 till 2012 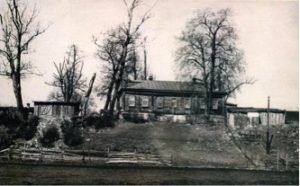 Mytishchy Clinical City Hospital was founded in 1879. At that time in one building the ambulance station and a hospital on 6 beds were located.

The doctor, the medical assistant, the midwife, the cook and two nurses served a site. The clinic, free of charge, accepted patients and gave out them drugs. In 1879 a number of 865 patients was referred to the doctor from whom a number of 35 was hospitalized. In 1880 these numbers were 2215 and 78 respectively. Except medical work, the clinic was engaged in an inoculation program from smallpox, prevention of epidemics, household rounds and the obstetric aid organization. In 1890 the new brick building is open for infectious patients.

In 1894-1897 – the medical case on 16 beds is solemnly open for surgical patients (with operational and dressing) and the case on 8 beds for non surgical therapeutic patients.
In 1907 in hospital cases it is installed electrical equipment.
In 1927-1930 – the two-stores building became operational and medical professionals were introduced into the hospital like a: ophthalmologist, physician, dentist and obstetric-gynecologist. Emergency medical services, female consultation, x-ray office in addition were organized. In hospital did work 14 doctors and 30 nurses. During this period around one year in his surgical office did practice dr. A.N. Bakulev (1890-1967) who turned out to become an outstanding and brilliant surgeon. This eminent doctor got a prominent reputation all over in the Soviet healthcare system and so one of the most known Moscow centers of cardiovascular surgery carries his name today .
In 1931 the hospital was enlarged counting 159 beds. A blood transfusion station was organized as well. In 1938 – hospital allocation in independent establishment with own financing.

In 1945-1947 there are 360 beds in hospital, 7 departments, maternity and gynecologic offices transformed to independent institution – maternity hospital on 95 beds, increasing to 550 beds in 1959. The following departments function: therapeutic, surgical, infectious for adults, children’s therapeutic, infectious for children, neurologic, ophthalmologic, the ENT, maternity hospital.
In the 1970th years, in general, the hospital got the shape like it has by now. Now a days the Mytishchy Clinical City Hospital, the central medical institution of the Mytishchinsky area, provides the population both emergency medical care as well full screen hi-tech medical care. The hospital has 12 cases, 21 clinical departments. Number of doctors working in hospital – 250, number of nurses – 464. Total of beds in hospital 909, from them: round-the-clock stay – 869 beds, day care beds: 40. Every year through hospital passes over a number of 25000 patients. The medical care in hospital is free of charge within the program of obligatory medical insurance. On the basis of hospital the most modern interventions, including endoprosthetic repair of joints and coronary arteries stenting are carried out routinely. 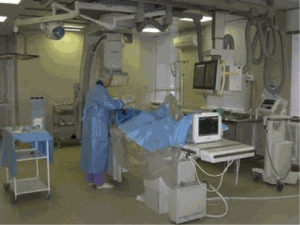 Doctors and the nurses actively improve the professionalism, master new techniques of diagnostics and treatment of patients. Scientific conferences on various medical subject are regularly organized in the hospital. 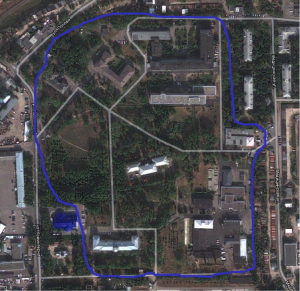 “Historical and chronological outline board members (RU side) “