Posted at 11:15h in ARCHIVES by Peter Mulkens
0 Likes
Share

Already in January 2015 the chairman announced he would like to step back as the chairman in 2016. The vice chairman proved out to be willing to take it over. Anyway Paul Mulkens is ready to stay in the board as founding member. Jur Niewold as well announced at the end of 2015 to retire from the board per 1-1-2016 after serving the board for 22 years. Rutger Hissink is ready to be his successor as the treasurer. 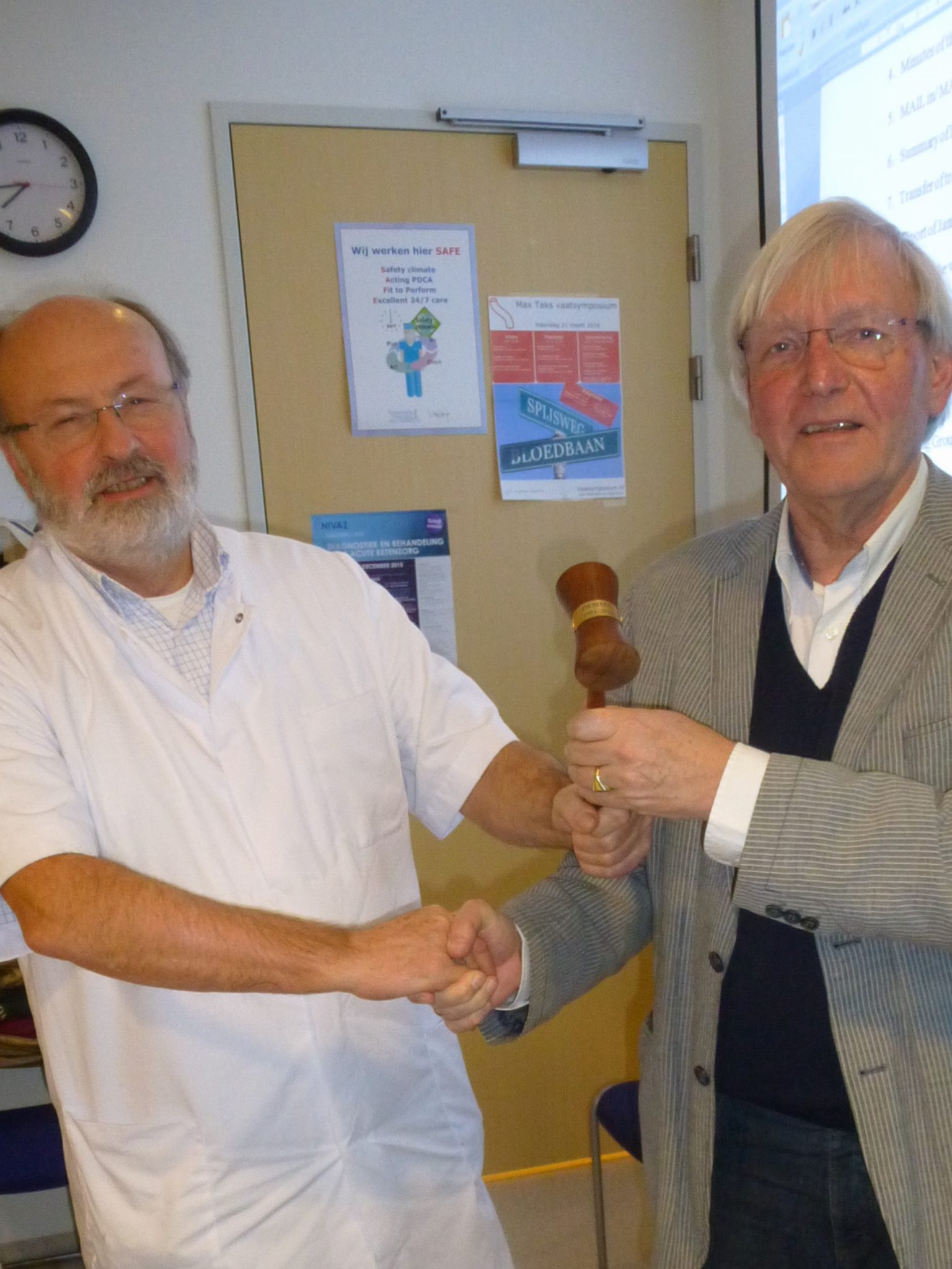 A special close up of the hammer 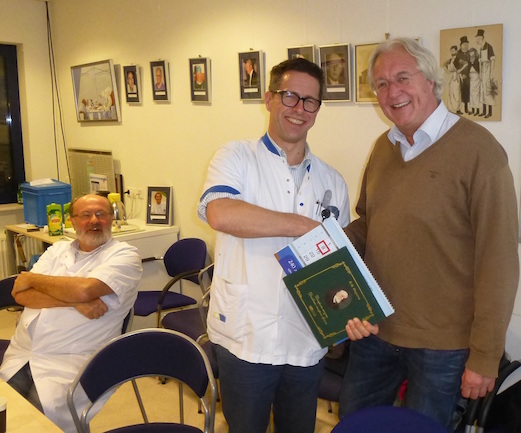 The previous treasure (right) shaking hands with our new treasure.